Ontology is a highperformance public blockchain project and a distributed trust collaboration network established in 2017 by OnChain company from China. The Ontology network joined the market with the purpose of enabling businesses to incorporate blockchain technology within their structure, without completely changing their current systems. Ontology has their own ontology blockchain and are already listed on Binance, a top cryptocurrency exchange.

According to Ontology developers, the network can easily be used by businesses with zero knowledge in blockchain technology. The network has made it possible to customize public blockchains for applications.To make the developers dream a reality, Ontology offers various development tools with support for multiple programming languages in the world of dApp development. The network relies on features like VBFT and sharding at the same time supporting collaborations among chain networks with protocol groups.

Ontology blockchain was designed to solve digital identity issues, as well as run smart contracts on their network.  Their new approach on technology makes the Ontology blockchain one of the best public blockchain. The team defined Ontology as being a high-performance public multi-chain project & a distributed trust collaboration platform. As any other cryptocurrency out there, its important to find a good ontology ONT wallet to store ONT token.

The native token of the Ontology network is the Ontology Coin (ONT). By the time of writing the asset was trading at $1.33 with a market capitalization of $655,740,778. Our team tried to find a great wallet that supports ontology ONT token for mobile and desktop. The OWallet is the official desktop wallet for Ontology ONT. This desktop wallet is compatible with Windows, Linux, and Mac OS. Using this wallet is easy because the Ontology team has provided a guide with images on how to set up the wallet. The OWallet offers support for the Ledger hardware wallet, individual wallet and shared wallets.

The individual wallet can be created on the desktop application and only requires a single signature to sign payments. The Owallet individual wallet is meant for creation of a new wallet; importing an individual wallet with keystone, private key, WIF, and mnemonic phrase; exporting the wallet; sending and receiving assets. The shared OWallet requires multiple signatures before payments are authorized. The wallet is used for sending assets with a shared wallet, receiving assets; and, joining a shared wallet. To enjoy Ledger features on the OWallet, users need to import their Ledger to the OWallet using this guide. With the OWallet Ledger, users have the option to switch between MainNet and TestNet. Additionally, users get a chance to switch between Chinese and English languages. 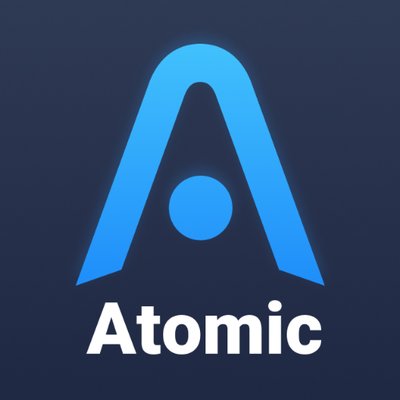 The fact that the wallet is decentralized and its one of the few wallets supporting Ontology ONT makes it one of the top choices if you’re looking for a solid Ontology ONT wallet. Besides this, its one of the best desktop wallet our there as it allows you to easy swap your cryptocurrency trough ChangeNow, Changelly or ShapeShift.

Of course that from our list of best Ontology ONT wallets, we couldn’t miss Guarda Wallet. The crypto wallet can be defined as a custody-free multiplatform crypto wallet with one of the best user-friendly interfaces.  Guarda Wallet is available on iOS, Android, Windows,Mac OS, Linux and as a Chrome extension.

They are well-known as a wallet that supports dozens of cryptocurrencies on their wallet – and of course, it accepts Ontology ONT. Not only that they accept Ontology ONT, but they’re also compatible with the Ontology blockchain. So, you could easily use it to play your favorite dApp. The Guarda Wallet supports multiple  blockchains and over 10,000 tokens in their wallet – making them one of the best mobile and desktop wallets out there.

The wallet interface is easy to understand and its a top choice for ONT coin. They also have a web wallet which is super clean, but we don’t recommend that for your ONT coin as there might be breaches in your PC.  Guarda wallet can be used to buy crypto also, trough a partnership with Simplex. 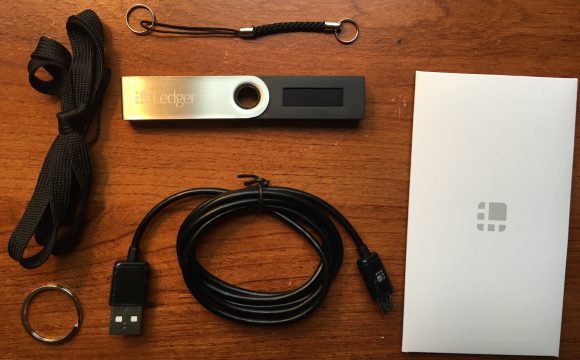 Ledger Nano S or Ledger Nano X is one of the best options to keep your ONT coin on. Ontology ONT is compatible with all the Ledger models and can be safety stored on there. The only issue that Ledger Nano S have is its price and the fact that it doesn’t support multisignature technology . Otherwise, the wallet management might feel a little hard for a beginner, but this crypto wallet is the best place to keep your Ontology ONT coins. The anonymity of the wallet is high and besides ONT coin, Ledger Nano S also accepts another 1000 other tokens – making it a good choice for a crypto trader or hodler.

This option is among the safest ones, as Ledger is a well-known hardware crypto wallet. Your Ontology ONT coin would definitely be safe there, as long as you don’t purchase the Ledger from Amazon or another website. The only website you should purchase this from is Ledger.com.

ONTO is the official mobile wallet for Ontology and is compatible with Android and iOS devices. It comes with privacy enhanced features like the cryptographic algorithm to store your Ontology Coins. The wallet enables users to set up their own digital identity, store digital assets among other features. You can create a cryptography-secured identity powered by the Ontology blockchain, giving you sovereignty over your data. Note that this wallet stores your data locally and the Ontology team has no access to personal information. To transact using the wallet, you need a minimum of 0.000000001. Unlike OWallet, ONTO is not linked to any external wallet. 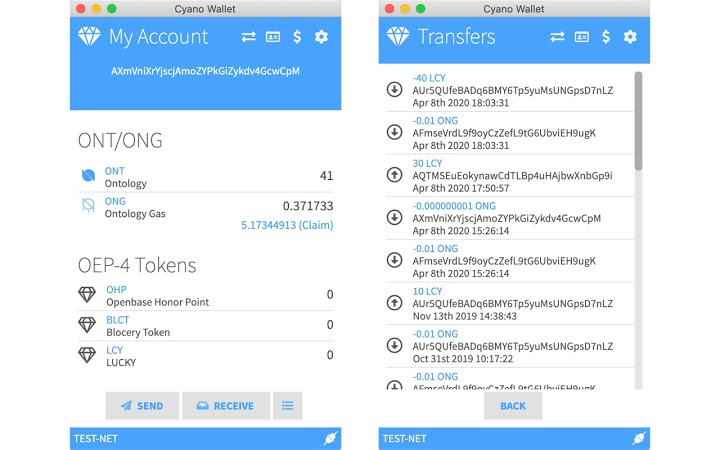 Cyano is among the best ONT wallets accessible online through FireFox and Chrome browsers. On the Chrome browser, the wallet has an extension that allows you to easily transact ONT. Furthermore, the Cyano wallet can be connected with both the Ledger and Trezor hardware wallets that come with enhanced security features. You can create this wallet using mnemonics phrase and encrypt a private key. Cyano has ONT ID support alongside ONT dAPI support for ledger and ordinary accounts.

Additionally, the Cyano team has provided a guide on security tips. The team recommends that you divide your tokens between Cold (little use) and Hot (active use) wallet. For the Cold wallet, you need to use the hardware wallet. Furthermore, the team advises against the use of Smart contract whitelisting on your Cold wallet.

Infinito is a mobile wallet compatible both iOS and Android with support for numerous assets like Bitcoin, Ethereum and Ontology Coin. The Infinito wallet comes with a friendly user interface that offers accessibility and flexibility in managing your ONT tokens. The wallet’s passwords and passphrases are managed locally on the user’s device to avoid third-party access. The Infinito team claims that it has no access to user’s data.

Note that managing your ONT tokens the wallet is free. However, if you wish to transfer your coins, there is a transaction fee you will incur. The amount of transaction charges does not rely on geographical distance and time zone. Furthermore, the wallet has support for 12 languages. 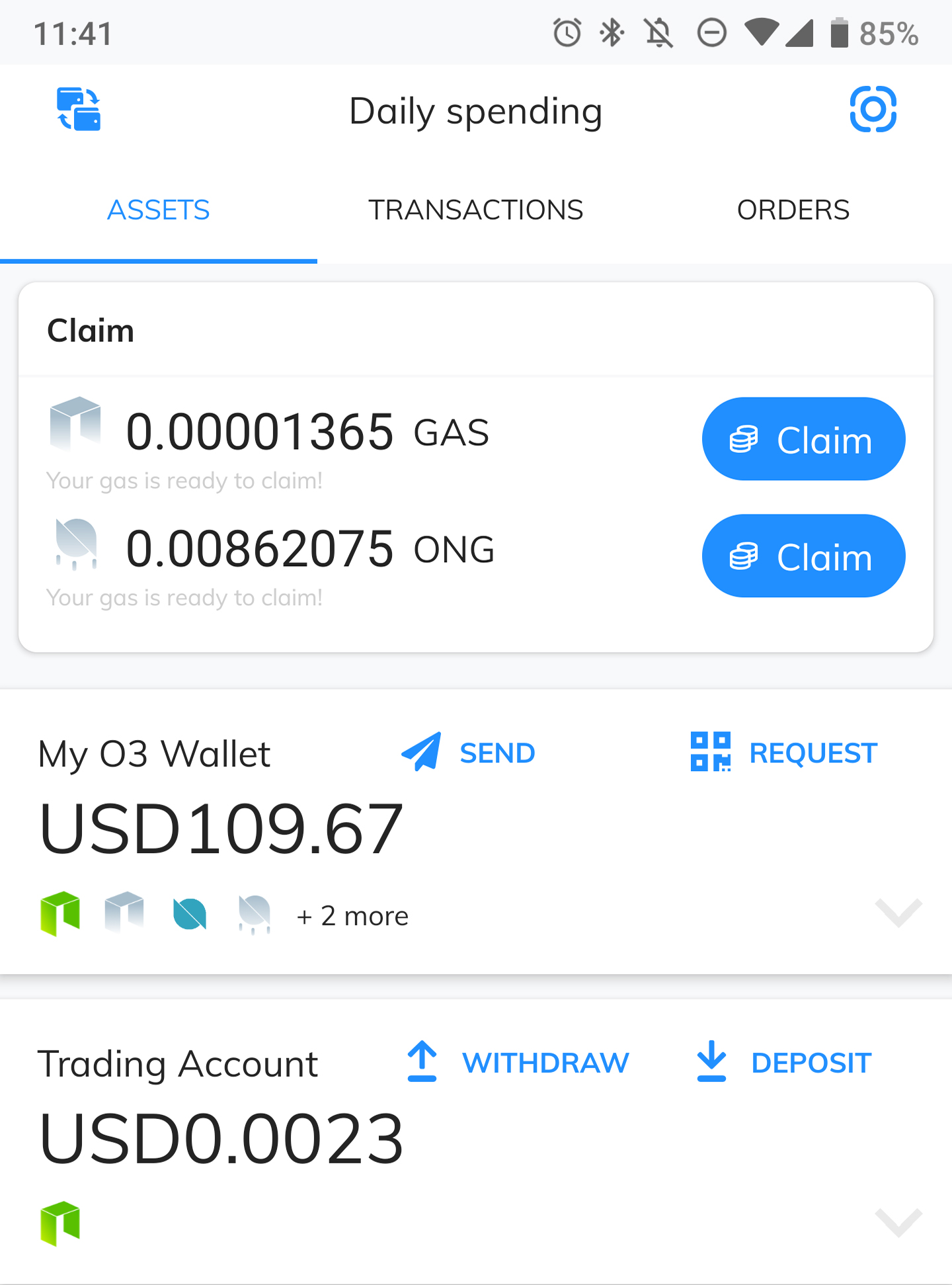 The O3 wallet works on both desktop and mobile devices. It is compatible with Windows, Linux, macOS, and iOS. While managing your ONT tokens, the O3 allows you to purchase with popular cryptocurrencies. This wallet also allows users to connect with popular apps without having to share sensitive data, like private keys with third parties. Apart from managing ONT, the O3 also serves as a source of information where you receive the latest Ontology news and token details. 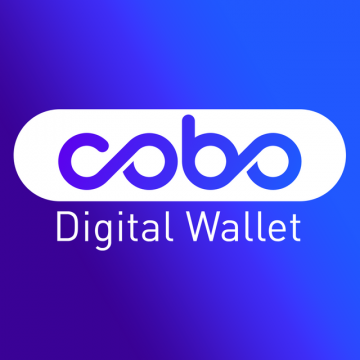 Cobo is among the latest wallets to join the market with support for ONT and other assets. The wallet’s selling point is its structure for Proof of Stake coins like ONT. In other words, while you manage your ONT assets, you can earn rewards in the end from staking the asset. Even though Cobo is still undergoing developments, it has support for 20 chains and over 700 multi-chains. This user-friendly wallet also hosts and empowers some of the most popular global dapps through the Cobo store. In terms of securing your ONT assets, Cobo has the multi-signature feature for transactions. Additionally, assets are secured in hot/cold storage which is accessible through a tailored policy and verification process.

Apart from storing ONT assets, the Clay wallet seeks to bring convenience to the management of cryptocurrency exchanges and wallets. From the wallet, one can transfer cryptocurrencies, use dApps and also take part in ICOs. To secure your assets, the Clay team has enabled secure private data management within the device with encryption. The face ID recognition feature also makes the wallet hack-proof. You can enjoy these features by downloading the wallet from Google Play and App Store.

BitKeep wallet supports multiple cryptocurrencies like ONT and Ethereum. This wallet has several features that make it stand out. BitKeep enables the one-stop management of exchanging assets alongside one-click trading. Furthermore, you can automatically calculate position costs and profit and loss within the wallet. BitKeep Wallet also enables users to access an array of financial products like deposits and loans, for easy rolling up of assets. Note that BitKeep is among the few wallets that enable bath transfer of assets. It is easy to implement the one-click bulk transfer and real one transaction to multiple addresses. All the assets are secure through the use of private keys that are stored locally. Additionally, being a decentralized wallet, users can track anything suspicious by the development team.

The market has numerous ONT compatible wallets and settling on the right one can be a challenge. Before using any wallet, always research and determine the security measures put in place to secure your assets. The highlighted wallets stand out when it comes to storing ONT tokens. The wallets have good security features and are easy to use for both beginners and advanced cryptocurrency holders.