Ethereum is an open source platform that enables developers to build smart contracts and decentralized applications without interference from third parties. The platform which is based on the blockchain technology has its own virtual currency, Ether. Like Bitcoin, Ethereum is a distributed public blockchain system.

However, the two differ substantially in purpose and capability. Bitcoin uses the peer to peer electronic cash system technology for online payments. Ethereum’s focus is on operating the programming code of any decentralized application. When it comes to mining under the Ethereum blockchain, miners earn through Ether. Apart from being a cryptocurrency for exchange, developers use Ether to pay for transaction charges on the Ethereum system.

Ethereum is viewed as a store of value after attaining the all-time high of $1,400 in December 2017. The digital currency also continues to enjoy diverse pairing on most trading exchanges. Due to various factors, predicting Ethereum’s price is not easy. However, leading market observers have shared their Ethereum prediction for 2019. Unlike Bitcoin, placing an exact price for Ethereum is hard because it plays a different role. Additionally, Ethereum is just like any other cryptocurrency and it is subject to market volatility.

However, leading market experts have shared their insights on what the future holds for Ethereum. Here is what experts think about Ethereum’s price in 2019. 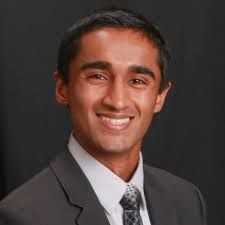 Mathew De Silva is a renowned cryptocurrency journalist and a critic of Ethereum and its founder Vitalik Buterin.

His prediction about Ethereum future came in September 2018 when the asset dropped to the $179 mark. According to Da Silva, Ethereum was heading to its natural state of almost zero.

He stated that Buterin was quick to launch the platform when he had a chance to make it free from speculation.

Da Silva argues that Ethereum lacks an equitable distribution model hence it is set to drop.

He pointed out that to date, Ethereum has not made any major impact in the market apart from inflating the cryptocurrency bubble of 2017.

For context, here is what I wrote: pic.twitter.com/nTaY7FAuAZ

However, according to Buterin, it is wrong to depend on hypothetical future features to determine the price of Ethereum. Through Twitter, he said that the platform has an organized future.

Ethereum at $515+ by Aayush Jindal 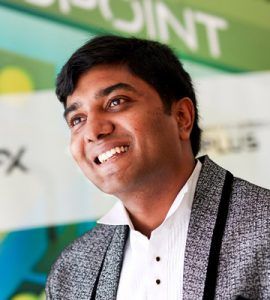 According to the ETH news commentator, Ethereum is bound to remain a weak cryptocurrency as long as it’s value is below the $515 mark.

He pointed out that Ethereum will emerge strongly once it surpasses the mark.

However, Ethereum has declined and it was trading at $119.45 by the time of writing.

Jindal’s prediction is possible since Ether has the potential of consolidating in the near future.As Express.co.uk reported,

“The current technical structure will remain negative as long as the price is below $515, but a successful 2-hour close above this level may perhaps decrease the current bearish pressure and open the doors for a fresh upward wave. On the flip side, the recent low of $477.31 may act as a decent support, the next buy zone being around $450. Overall Ether could consolidate in the short term, but it remains at a risk of more losses until there is a break above $515.”

Its Important to note that this price prediction was made a long time ago, when Ethereum was still in the $400- $500 range. Recently, he declared the following:

Not saying we should be bullish $btc or $eth, but selling aggressively at these levels and volumes is not a good idea at all. #bitcoin #ethereum

Ethereum price at $1000  by Joseph Raczynski 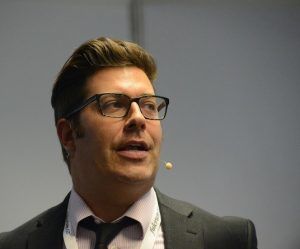 Raczynski believes that Ethereum can easily attain the $1000 mark.

The cryptocurrency industry influencer speaking to Finder.com stated that Ethereum will even reach the $1200 mark by the first quarter of 2019.

He attributed his prediction to the popularity of Ethereum’s proof of concept among leading institutional investors. Raczynski who is the founder of JoeTechnologit.com added that Ethereum will easily hit the mark due to its large developer pool.

Hey may have considered this due to the future Constantinople hard fork, which will probably be done on February 25,2019.

Ethereum to $1400 by Clem Chambers 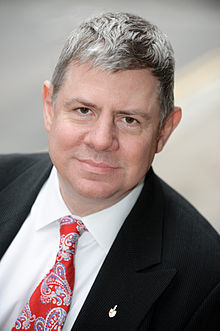 The head of ADVFN believes that Ethereum will rally towards the end of 2019 to hit the $1400 mark.

He thinks that Ethereum will perform just like in 2017.

Chambers said Ethereum’s future has no relation to the tough 2018 experience. He further views the cryptocurrency bubble of 2017 as preparation of what to expect in the future.

He stated in an article for Forbes:

“The past doesn’t predict the future blah blah blah…. But you would be a fool not to watch for Ethereum and Litecoin to start rallying as a potential  signal for the crypto market bottom we are all waiting for and last year it gave plenty of advanced warning, so will likely do so again after the ‘Bitcoin is Dead’ headlines hit the mainstream press.”

Ethereum price at $2500 by Nigel Green 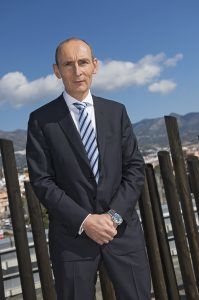 Green’s projection is due to three main factors.

First, he believes that increased usage of Ethereum by different platforms will easily propel the crypto to the $2500 mark by 2019 or 2020.

Secondly, Green’s projection is derived from the fact that there is a rise in the use of smart contracts by Ethereum.

Lastly, the deVere Group boss believes that the decentralization of cloud computing will play a key role in Ethereum’s price in the future. However, due to market volatility, Ethereum has not shown any signs of hitting the bar set by Green.

deVere’s Ethereum price prediction was unsuccessful reaching their target in 2018, but will it be possible for it to reach it in 2019?

Ethereum to be $3000 by Steven Nerayoff 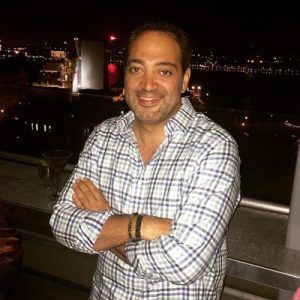 The Ethereum’s claimed co-founder, but now confirmed as a “guy which helped with legal stuff“,  pointed out that billions of dollars are being utilized in the ecosystem and it might have an impact on the crypto’s price.

Nereyoff added that Ethereum might reach the $3000 mark considering the number of increasing projects on the platform.

Nerayoff had predicted Ethereum’s success to start showing in January 2019 by hitting the $1000. However, the price is far from reality right now.

We’ve however seen a nice movement in Ethereum’s price lately, though the $3000 mark sounds like a dream right now for Ethereum hodlers.

He declared back in 2018 that there would be a flippening between Bitcoin and Ethereum – a flippening that never took place.

Ethereum at $7000 By Olaf Carlson-Wee 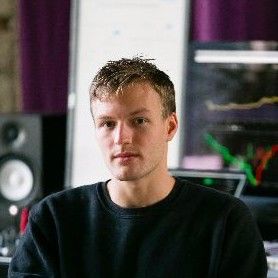 Carlson predication is based on the nature of Ethereum’s programming language.

In an interview with Bloomberg, Carlson said that Ethereum’s programming language is more robust and it will contribute to the crypto’s growth in market capitalization.

He believes that the expressive language will push Ethereum to surpass Bitcoin’s market capitalization in 2019.

However, Ethereum lags behind XRP in terms of market capitalization.

The prediction by the CEO of Polychain Capital is achievable if Ethereum overtakes Bitcoin’s market capitalization by holding steady while Bitcoin’s value drops. However, industry experts believe that this scenario is impossible.

“In Ethereum, this programming language is much more expressive and its higher level…so what we’ve seen in Ethereum is a much richer, organic developer ecosystem develop very, very quickly, which has what driven Ethereum’s price growth, which has been much more aggressive than Bitcoin…so maybe by the end of 2018.”

To note, the prediction was a made a few months ago. Its possible that the Polychain Capital CEO changed his mind until now. 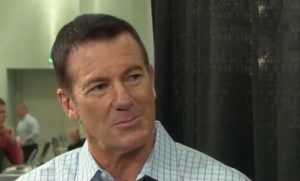 The cryptocurrency writer did not place a specific figure on Ethereum’s value but predicted that the crypto will rise above Bitcoin.

According to Reed, Ethereum has more capabilities and strengths that will make it soar above Bitcoin, which is the top digital asset at the moment.

His prediction is likely to happen because Ethereum is more than just a currency. Ethereum’s programming language permits smart contracts to exist and it might make the crypto outperform Bitcoin.

However, for the moment Ethereum is sitting at a $118 value – far behind his competitor. 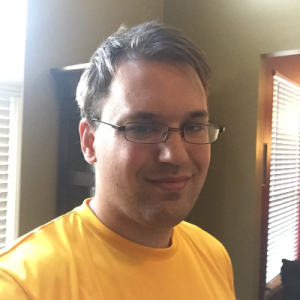 This might sound like a Sci-Fi dream right now, as Ethereum is not even $150. But a few people are extremely positive about Etherum’s future growth.

He believes that Ethereum will hit the $100,000 mark because it is a store of value just like the precious gold.

Schuster projects Ethereum to have a market capitalization of $10 trillion.

He adds that based on Ethereum’s platform structure, the crypto might become the primary currency for all future digital currencies.

“What if you believe that Ethereum is less like one individual business and more like a store of value, like gold? This gives us a potential market capitalization of roughly $10 trillion, leading us to believe that the price of Ethereum might rise as high as $100,000 per coin. We might even go one step further and say that Ethereum is not like one asset, but an asset to replace all currency that exists.” \

Well, Brian – We surely hope your price prediction will come true some day.

What Do Trading View Traders Believe About Ethereum’s Price

Keops, another pro trader from TradingView.com think that in the short term ( today or tomorrow ) – Ethereum will reach a $126 price or more. But for the moment, his analysis doesn’t look too good as the ETH price is a bit lower than expected.


Botje11, one of the top traders on TradingView have a more elaborate vision of Ethereum’s price. And he was right until now, but his prediction was a bit too quick. He was expecting to sudden increase in price a bit later in February – not really right now. But his TA analysis seems on point and perhaps it could you you.

Determining the price of Ethereum at this moment is not an easy task, but the cryptocurrency has the potential to rise.

Ethereum platform provides room for development and deployment of other coins alongside untapped dApps. Ethereum smart contract feature means that the currency is growing steadily.

To determine the future of Etheremum, there is a need for viewing it more than just a normal coin like Bitcoin. It is essential to look at Ethereum’s underlying structure and a detailed technical analysis to predict how its 2019 will end.