Gods Unchained is a TCG (Tradeable Card Game) based on the Ethereum blockchain. The game was created by Fuel Games which already have a popular game: EtherBots. EtherBots gave users the power to create their own bots with different parts which were all ETC-721 tokens – gained from purchasing in game crates. After a user created its bot, he could afterwards battle someone else’s bot. Upon the launch of EtherBots, $1 million words of parts were sold. EtherBots represented 5% of the Ethereum transactions in that period and there were some parts that users purchased with $18,000.

Gods Unchained is one of their special games – something unique that wasn’t made until now in the cryptocurrency world. If you’re a fan of Hearthstone, you will probably love it too. The company received investments from top companies such as: Continue Capital, Nirvana Capital and Coinbase. All their partners combined secured a $2.4 million investment for Gods Unchained. One of the most interesting things about the Gods Unchained is the fact that its users will be able to compete in a world tournament with a prize goal of $1,6M – obtained from selling packs of cards. According to their website, 10% of their sales will be put in the World Championship Tournament which will take place in 2019 and there will be a maximum of 20,000 people that can participate.

The thing we don’t like about Gods Unchained is the fact that its P2P. Well, its not exactly P2P – but in order to create a deck of cards, you need to purchase some cards packs. The card packs have each a different value:

Each of the packages purchased gives you a chance to find one of the last 2 Mythic Titans remaining. A Mythical card ( unique, only 4 released per year) are the rarest cards in the Gods Unchained game. The last one was auctioned for 146.271 ETH which at that time was worth over $60,000 – being the second most valuable card after the Magic: The Gathering card, Black Lotus – which sold for $87,000.

From an investment point-of-view, the game can bring an amazing return – depending how lucky you are. With a 0.136 ETH investment we managed to get a 0.162 ETH value of the cards – because we bought 2 Rare packs and one Legendary one. This means that we got a small 0.026 profit in card value – which can increase or decrease over time. The value of the cards can be verified with the on the Gods Unchained info. Even if its P2P, the fact the lowest package costs $2.40 USD, makes the game quite playable. Its not a game where you’d pay for some cards to play – but you can also sell the cards in the future. It all depends on your luck.

How to play Gods Unchained?

For the moment, the game cannot be played even if you have 30 cards. The beta launch for the game is set to come in Q4 2018. We spoke with the team and they confirmed that the Beta will be launched soon, but they don’t have an ETA for the moment. So the best thing that we can do is read all the information about the game and learn to play it – and probably compete for the $1.6M prize pool. As we said, Gods Unchained is a lot like Hearthstone. But unlike it, here you can trade your cards for ETH on their future marketplace. At first, each player will need to choose one of the six gods which each have 4 basic powers.. Only four gods power were announced until now:

Thaeriel – The God of Light 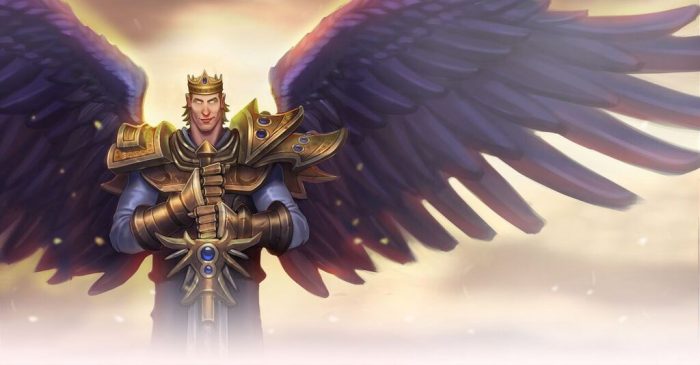 Each god have four ”Basic Powers”. Thaeriel’s powers are the following ones:

Elyrian – The God of Magic 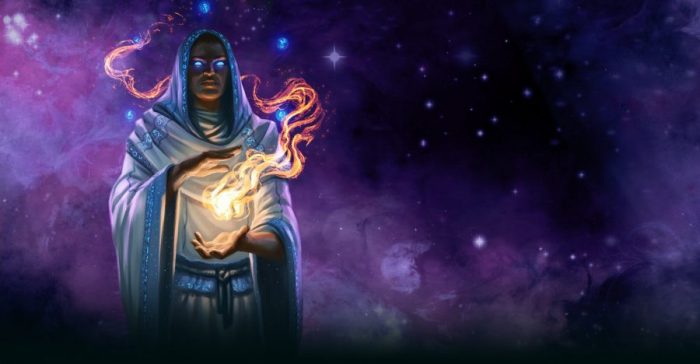 Auros – The God of War 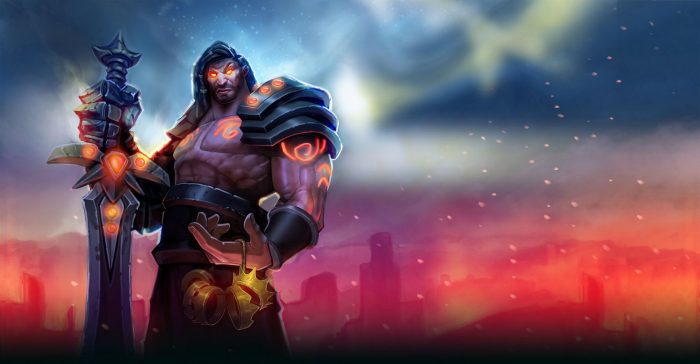 Malissus – The Goddess of Death 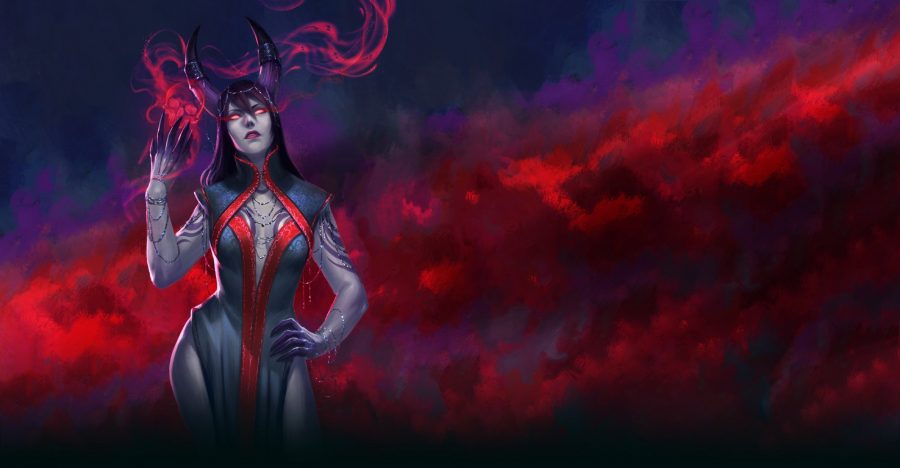 Ludia – The Goddess of Deception 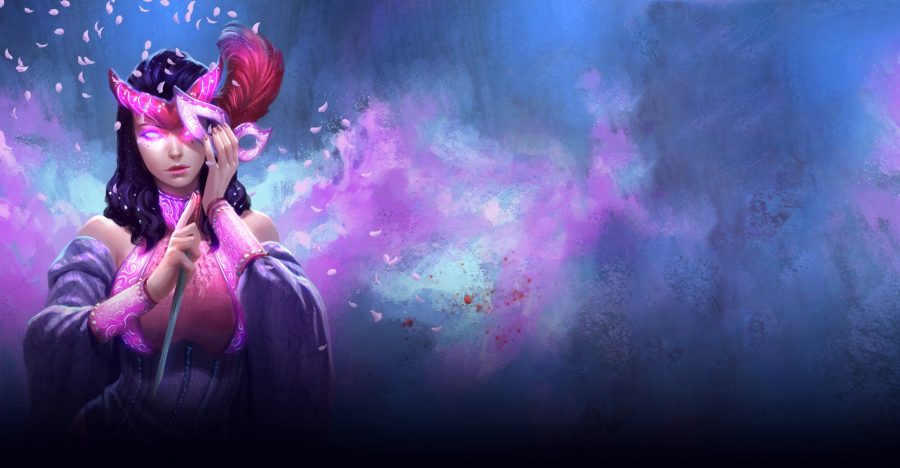 The game is not even in Beta yet – but the team is working to make it available in Q4 2018. The Gods created until now looks extremely promising and well-made. The cards are awesome too, the only downside is the fact that you need to pay to create your deck. But again, the cards are collectibles so in case you’re tired of the game – you can sell all the cards on their marketplace and probably make a profit. Who knows. Gods Unchained looks like a promising game and we’ll soon come with the part II where we’ll talk more about it, mostly about the deck structure and how to build the perfect deck so you can dominate your opponents. For more details about it, check out TokenFlipper’s post.

In the meantime, an additional Mythic has been found already named Prometheus. The third and last Mythic for Genesis, has been data mined from the game, too.

The Mythic’s name is “Atlas”. Participants of the gu.cards Advent-Calendar, already’ve seen it in a sneak preview on the day of Christmas.

In the meantime, with all the beta updates, up to 500+ cards from the free-to-all core set, also have been released, but still are only listed on gu.cards, as we are still waiting for them to show up on the official Gods Unchained website. See all Gods Unchained Core Cards here: https://gu.cards/sets/all-core-cards

How To Purchase Gods Unchained Packs

In the previous part, we presented the basics of the game and what are the Gods powers. Now, we’re moving further to explain the card purchasing process. Firstly, Gods Unchained is a TCGs – a Tradeable Card Game – where you obtain cards via opening random packs. The packs are paid and the cheapest one costs $2.4 while the most expensive one is ~$200. The cards are all unique ERC-721 tokens – with 4 different rarities (Common, Rare, Epic, Legendary) and 4 different ‘shine’ levels (Standard, Gold, Shadow, Diamond). Each card have a Purity value and the highest purity value will have shinier in-game graphics. The probably of shining level, rarity and purity is programmed into smart contracts. There’s also another term that you should know: Scarcity. The scarcity value is the other number of cards with the same rarity and shine – but probably a different purity.

There’s also the chance of finding a mythic card. Well, the chance is actually 1 in a million – but you never know. A mythic card is completely different from the others. There are 4 mythic cards that will be revealed every year – and which cannot be used in tournaments. In fact, the last mythic card was put to auction for the amazing amount of 146.28 ETH. This card is now the second most valuable card in the TCG world. And for this year, there are still 2 other cards that can be found even in the $2.40 packs. 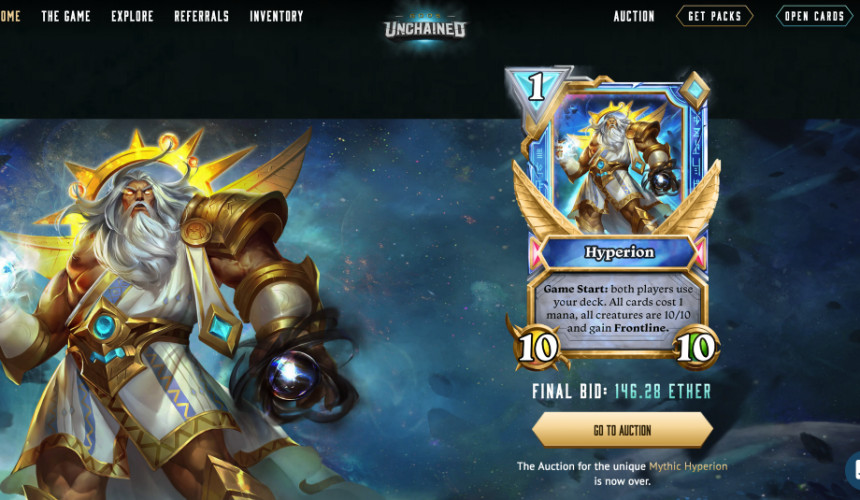 There are also 4 rarity levels for each card:

A list with all the cards from Gods Unchained can be found on CardsofGods and for more information about the cards and their value – you can check GodsUnchained.info

How to get Shiny cards?

Shiny cards appear to be the most valuable, mostly because those are the rarest and have the coolest in-game cosmetic effects. But how can you get a shadow, gold or even diamond card? Well, you can do it by two ways:

How to buy Gods Unchained Packs?

There are 4 types of Gods Unchained packs:

Legendary – Price: 0.112 ETH – Presale Exclusive: The Legendary pack contains 5 exclusive Genesis Cards. At least one card is Legendary, and one is rare or better.

Shiny Legendary – 1 ETH – Presale Exclusive: The Shiny Legendary pack contains 5 exclusive Genesis Cards. At least one card is Shiny and Legendary, and one is rare or better.

As you can see, there are different benefits for each pack. It all depends on your budget and how much you want to spend. And who knows, maybe you’ll find the next Mythic card. Now, we’ll present a step-by-step small tutorial on how to purchase Gods Unchained packs.

Step 1: Install Metamask Chrome Extension. Metamask is one of the most interesting wallets out there. After you create an account, you will be able to deposit funds directly into your new ETH wallet. A step-by-step tutorial was made by the CryptoCompare team – How to use metamask.

Step 2: Fund your newly created Metamask wallet. Be sure to send an extra $1 to cover the GAS fees. The packages can be bought one by one – but the GAS can prove itself very costly – by 6,18,50 or 100 packs. With about 1.2 ETH you’d be able to purchase 100 rare packs – guaranteeing you an amazing collection of 500 cards that you can later user to create diamond cards.

Step 3: Enter on the Gods Unchained Website. Select the pack you want and click the Buy button:

Step 4: Now a window from the Metamask prompted as in the picture below – you may select a lower fee for gas if you’re experienced,ethgasstation.info can help you on this.If not, It would be better if you’d keep it the same. Click on Confirm to buy your first pack:

Step 5: Wait a few minutes, as the transfer may take a while until its completed. Afterwards, click on the ‘Open Cards‘ button. Then, drag and drop the card from the support to the temple stone. 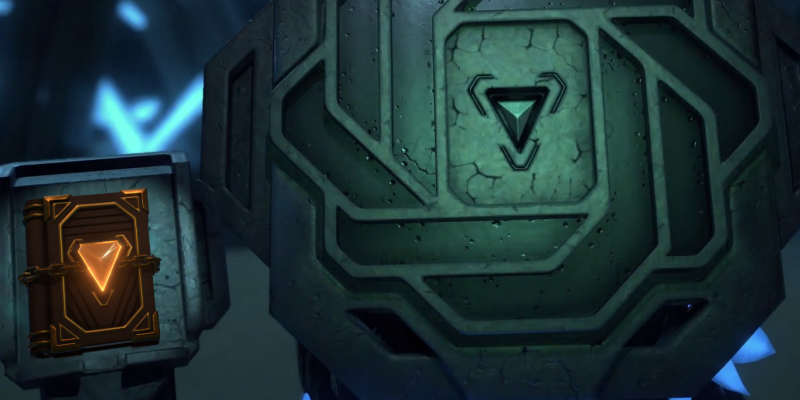 Step 6: Click on the face-down cards and see what you got. 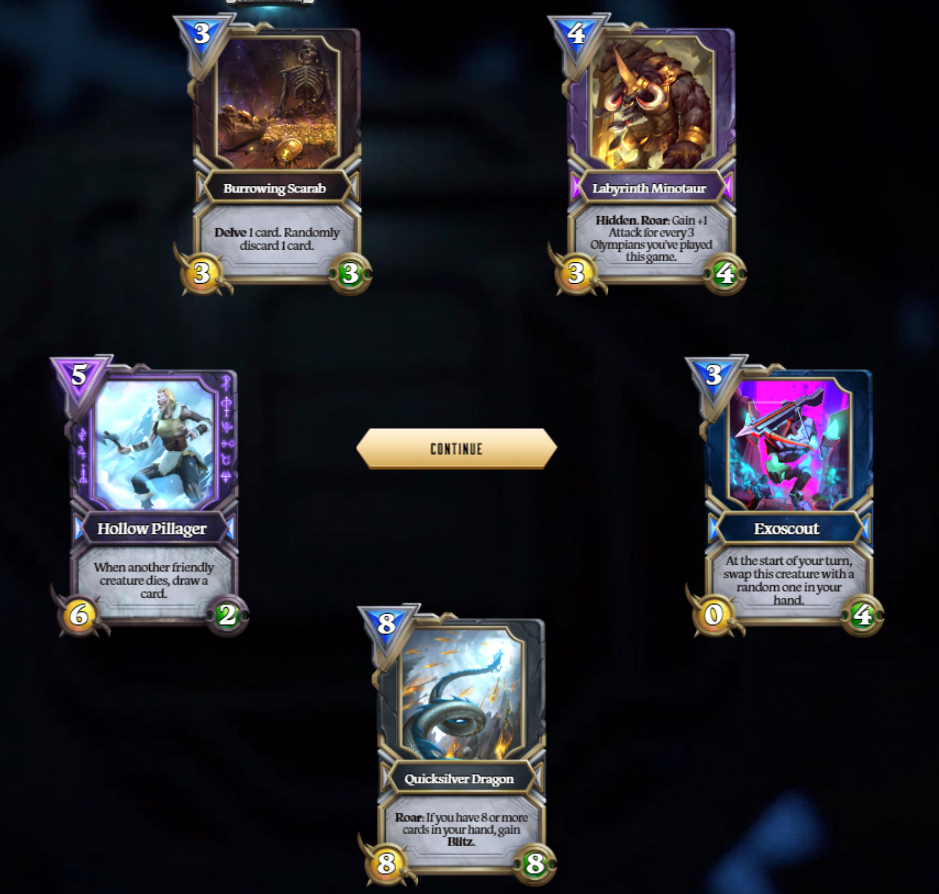 This is what we got by opening a rare pack of Gods Unchained pack. But maybe you’ll get more lucky and get two shadow in the same pack – like our 4th pack opened today: 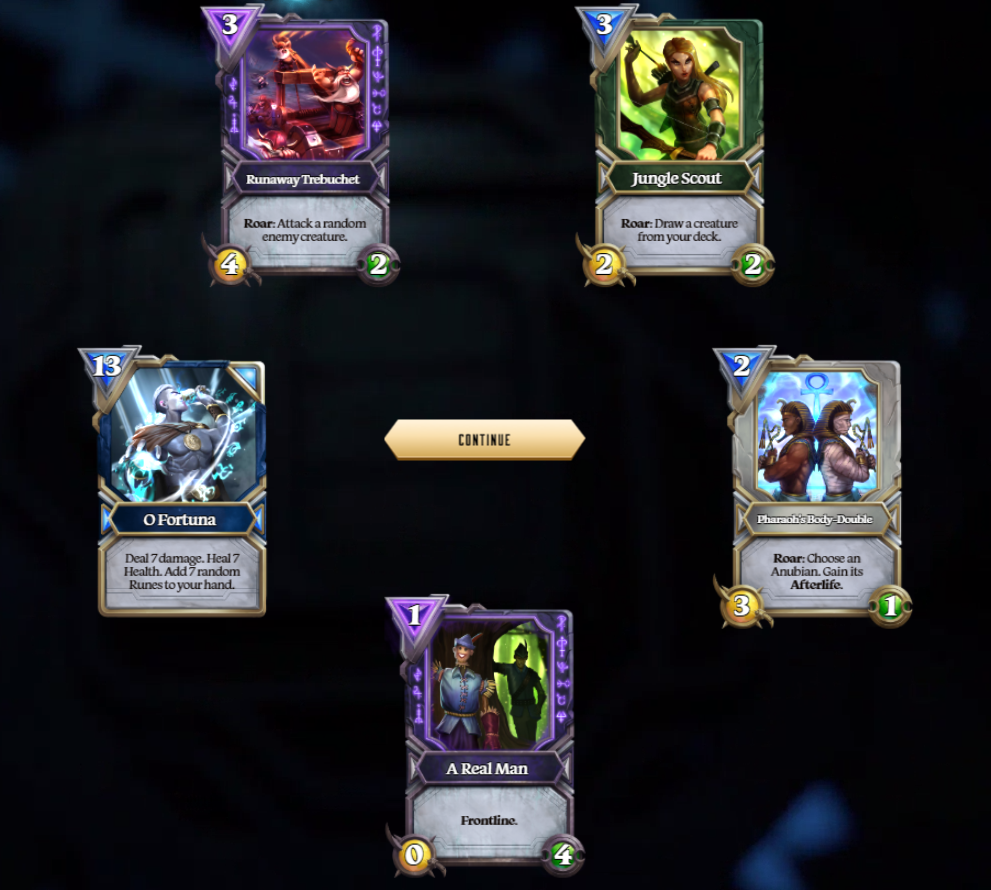 This pack have a total card value of 0.045 ETH – so, if you’re lucky, you can get really good cards. Cards that can increase or decrease in value until the marketplace is live and you could sell it for ETH. Or, you can keep them and create a package to win tournaments and win prizes. It’s up to you.

Hope we helped you understand a bit more about Gods Unchained and perhaps you’ll love the game as much as we do.

Wirex vs Crypto.com - Which One Is Better