If you wanted to pre-order the HTC Blockchain Smartphone called Exodus 1 you are in luck. You can now pre-order it, by paying 0.15 Bitcoin or 4.78 Ethereum in currency values which equals to fiat currency of US$ 950.  It can only be purchased using cryptocurrency. Shipping is to start from December coinciding with the festive season of Christmas to increase sales.

The Exodus 1 has 6 GB of RAM, a high range processor of Snapdragon 845 and a 16-megapixel dual rear camera which does justice for amazing photos. Apart from this, the Blockchain phone takes Blockchain straight to a person’s hand with the privilege of owning data and digital property thanks to holding their own keys. 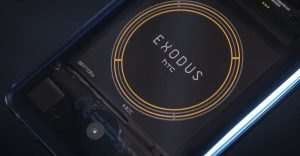 It is noted to be a beta version of a Blockchain phone and so there most probably be specific problems which need to be corrected. The sales may not be as much given that the blockchain and cryptocurrency interested population is still growing. Also with an expensive price tag, the sales may not be mind-boggling.

However, it takes one step closer to making Blockchain the technology to start creating a decentralized future in the touch of a finger.

The HTC phone has its competitors in the Blockchain phone category such as Sirin Lab’s Finney which has a cold storage wallet included in it. SikurPhone is another competitor which has a built-in cryptocurrency wallet. 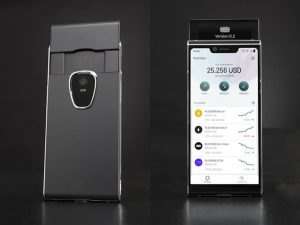 One interesting solution to the problem of the HTC Exodus 1 being lost, stolen or damaged is a ‘social key recovery.’ The unique application allows you to split your recovery key among three to five friends. The social recovery is proven to be a solution in a mobile phone issue but what happens if the friend stops talking to you, or dies?

The Exodus team clearly outlined one point which is the phone ‘is not for the mass market yet.’