Cryptocurrency exchanges are the middlemen in ensuring digital token providers, holders and traders are happy. These exchanges decide which tokens to add in their platform, and which to avoid. They even have the power to boost the volume of a specific token as opposed to another.

Cryptocurrency enthusiasts seem to shake their heads in disbelief about the malpractices of Cryptocurrency exchanges. However, recent research by Blockchain Transparency Institute appears to prove that these exchanges take place in astonishing types of malpractices.

According to the research, the average price to list a token on an exchange is typically over $50,000. The contractual agreement between the ICO and exchanges is not the primary problem. Instead, the volumes being manipulated to motivate and encourage ICOs to choose an exchange over another is what seems to be driving a suspicious trend of Exchanges taking advantage of the Cryptocurrency revolution.

There are 4 different bot strategies implemented to inflate exchange volume numbers. Settings are changed based on current volume trends or the hype surrounding a particular token for that time.

The research lists that out of the top 25 exchanges on CoinMarketCap; only two are honouring the system. The remaining are involved in wash trading. Wash trading is defined as the creation of fake volume for the purpose of appearing more beneficial than it’s competitors. Over 70% of their trading volume is wash traded according to figures, with 12 out of the 25 exchanges wash trading a whopping 99% of their volume. 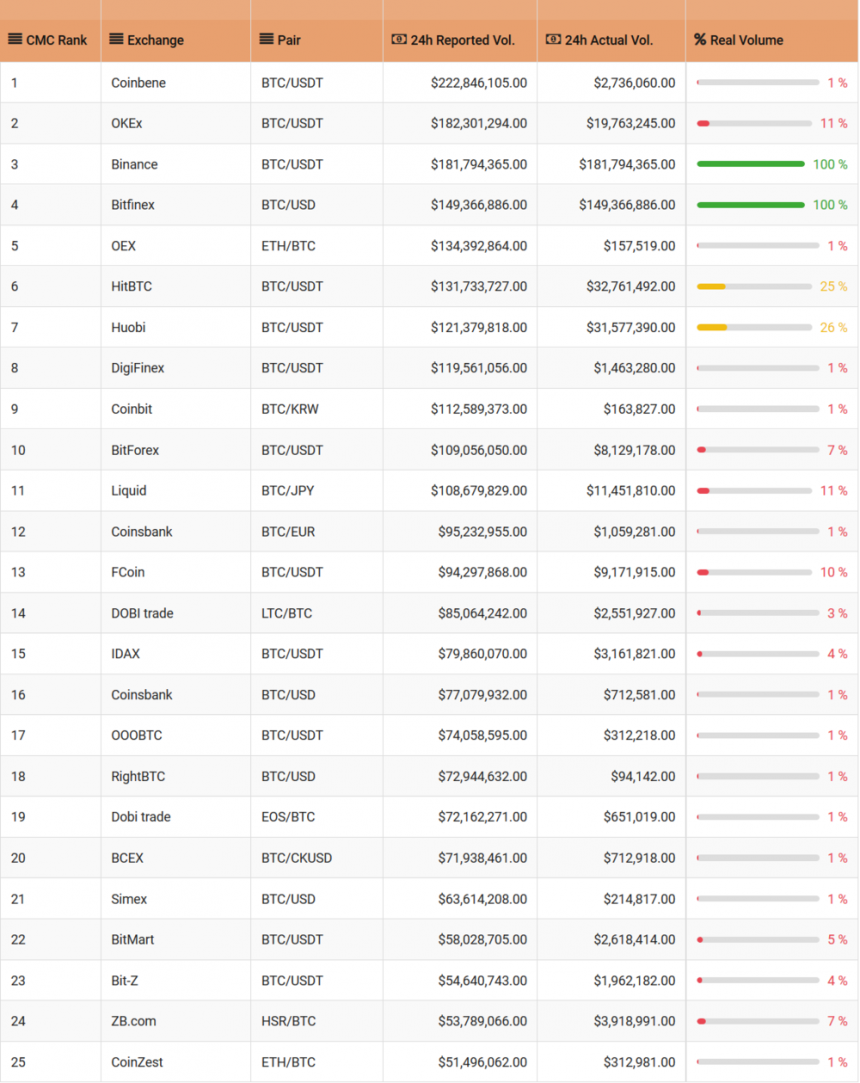 The total trading volume among the top 25 CoinMarketCap exchanges is seen to be $2.5 billion per day. However, in actual terms, it is only $324 million. That is 87% less than the apparent claim.

Coinmarketcap is not to be blamed for such inaccuracies. However, Coinmarketcap should report such activities instead of merely pulling data from these exchanges.

It is not very fair for the exchanges that prove to be successful in terms of trade volume and not being listed in the top 25 exchanges. No wonder Coinbase is ranked 33rd, as it clearly does not cheat the system and is overtaken by exchanges that manipulate their volumes.

Will GP Bullhound Be Right About Their Crypto Predictions Again?