With the mass adoption of Internet technologies, we often find ourselves wondering: how will these new technologies affect our lives? Will the effect be positive or negative? Can we trust them with our most private information? Every now and then, there comes a tech company that claims to address these issues and solve all of our problems — with the promise of our complete trust, of course. And with every privacy breach scandal, we grow wearier and more skeptical of the idea that tech companies are our loyal friends.

Some entrepreneurs utilized this skepticism to build their products around it, focusing on privacy and free speech. A good example is Pavel Durov — a Russian dissident programmer and his brainchild, Telegram messenger. It is tempting to think that a messenger app is hardly a fitting platform to protect human rights — it’s just online messaging, right? Upon closer inspection, however, we realize that such an app is a battlefield between control and liberty: with more than 3.5 billion people actively using messengers, the inevitable desire to steer the public discourse arises among the government officials. In essence, the fight for in-messenger privacy is about letting two people converse in peace — our basic right that nowadays seems like an echo of the distant past.

Telegram has been a successful project, raising 2.5 billion dollars via ICO. However, this article will not focus on the project’s financial success — it is, no doubt, a fascinating story, but we can leave it to VC analysts. Telegram has another story to tell — one that details how changes in our society really take place; a story about something ethereal, hidden behind the billion-dollar ICO, business plans, and whitepapers — something that we call “Mission” that justifies setting out on this journey. 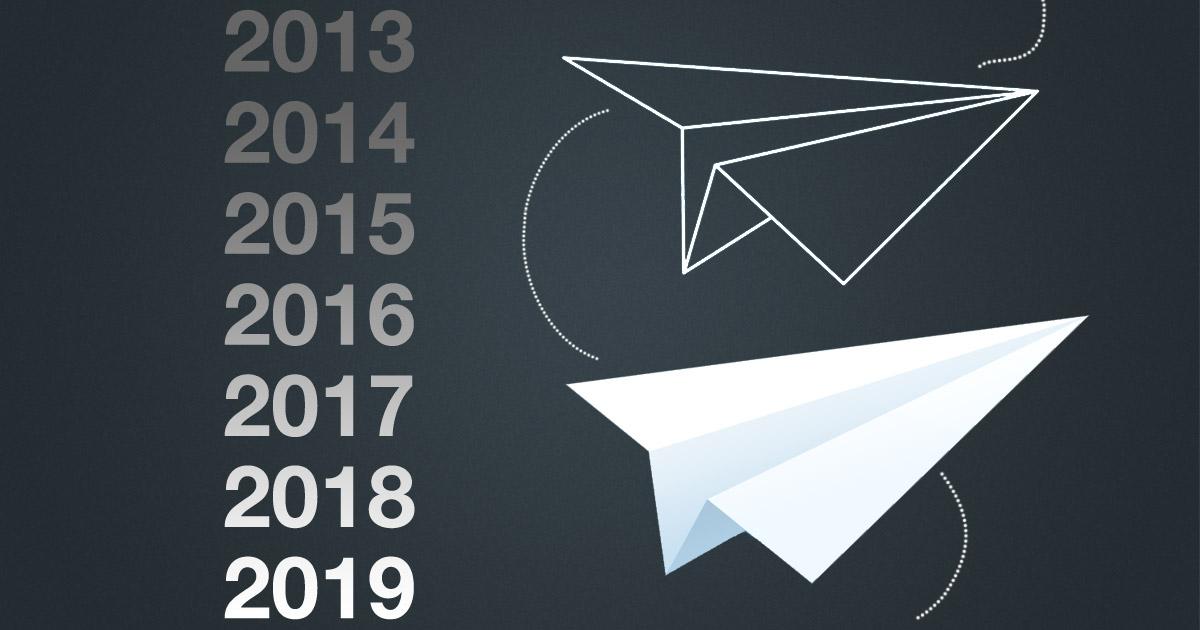 You cannot spell “Telegram Open Network” without “Telegram” — so let’s examine the app’s history first. Boasting almost 300 million users and billions of dollars in investments (which one is more important?), Telegram is a specialty of the Russian region, where conflicts between the government and the opposition are frequently threatening to disrupt the status quo. It is no wonder, therefore, that the idea of a secure way to exchange information came to Durov after his Saint-Petersburg flat was visited by the Russian special operation unit — an anecdote that may take its rightful place beside other epic founding stories of great companies. Throughout its history, Telegram was ostracized (and eventually banned) in its home country, Russia, for refusing to comply with the government’s order to decipher messages that were encrypted via the Telegram’s proprietary protocol.

For years, Telegram’s monetization model (or lack thereof, to be more precise) has been raising quite a few eyebrows: having all the qualities of a successful tech startup, the messenger was not being monetized in any way. Experienced institutional investors and casual bystanders alike could only compare Telegram to a boat, as in “a boat is a hole in the water where you pour your money into”. For a while, Telegram was supported solely by its founder’s capital; the team was searching for a monetization model — the model, that is: it had to keep up with new realities of the modern world economy as well as fit Telegram’s stance on privacy and superiority of the app’s user experience, so blasting its users with targeted ads like “Your mood index is 47% lower today, care for some antidepressants?” was out of the question. As it turns out, the team did find a fitting model at the time of Telegram’s inception: an in-app currency, GRAM, that users would utilize to pay for various services with. Using this currency only within one app, though, seemed underwhelming — and this is where the Telegram Open Network comes in.

World’s biggest messaging service, Facebook Messenger, is hoping to re-introduce the blockchain technology to the public with its own currency, dubbed “Facebook Coin”. After people started to consider Bitcoin (and, by extension, cryptocurrency in general) to be a speculative fad, it became increasingly hard to convince the public that Bitcoin’s design was not about gaining short-term profit off the “buy low, sell high” mentality; that it was instead supposed to be used a real payment service.

It is no coincidence that money is an important part of the way any state is organized. At some point in time, the CEO of any large tech company (especially those whose product is designed to connect people) is bound to think: “Are we developing a platform to post cat pictures… or is there something more to it?” As the user count reaches 2,3 billion (this is the number of monthly active users on Facebook), the product’s importance becomes ever so obvious: no state even has 2,3 billion citizens! Come to think of it, what are the main features of a state?…

The standard school of thought lists these features:

Oddly enough, companies like Facebook do have these features. Their users are their population, their independence as a private company is their sovereignty, their management is their government. Their territory is the most interesting aspect: on the one hand, we can consider the virtual space (i.e. web servers) and electronic devices capable of opening Facebook to be their territory; on the other hand, as Facebook is purely a product of intellect, its territory lies in the intellect of its users: they think within the Facebook paradigm and live within its ecosystem — communicating via Messenger and sharing and learning via Facebook as a social network. Therefore, we can call these companies “virtual states”.

Virtual states have an important advantage: regular law systems have no idea how to approach them. “Real” states have had centuries to figure out how to resolve conflicts in a civilized manner, establishing codes of conduct for almost every sphere imaginable: civil law, commercial law, maritime law, air law, military law, and so on. With tech giants rising to prominence within a short time span of 10-15 years (a split second in terms of traditional jurisprudence), countries and their regulations were not agile enough to react to these changes. After all, pushing a software update is much quicker than adopting a law.

This dynamic is also similar to how remote work compares with more traditional office (“offline”) jobs: it has taken quite some time for companies to accept this new way of working and establish remote teams. As our company, Soshace, helps to connect remote web developers with clients, we’ve felt this paradigm shift vividly — but once a new technology has finally been adopted (whether remote work or cryptocurrency-based virtual states), the benefits finally start to kick in.

We might think that an Internet website is merely a platform and does not unite its users in any real way — just like people who prefer tea over coffee are not a pure homogeneous group, Facebook users are not “Facebook people”; they vary greatly in their beliefs, actions, and worldview. This is a fair point which demonstrates our individual side. However, as we use tech products like Facebook, we start to embrace the values they (supposedly) broadcast — and all tech companies are incredibly vocal about their values: privacy, free speech, freedom, and so forth. Facebook has a ban feature which it uses to separate users who do not wish to conform with its code of conduct, so we can say that a user who is not banned on this platform actually shares Facebook’s values. 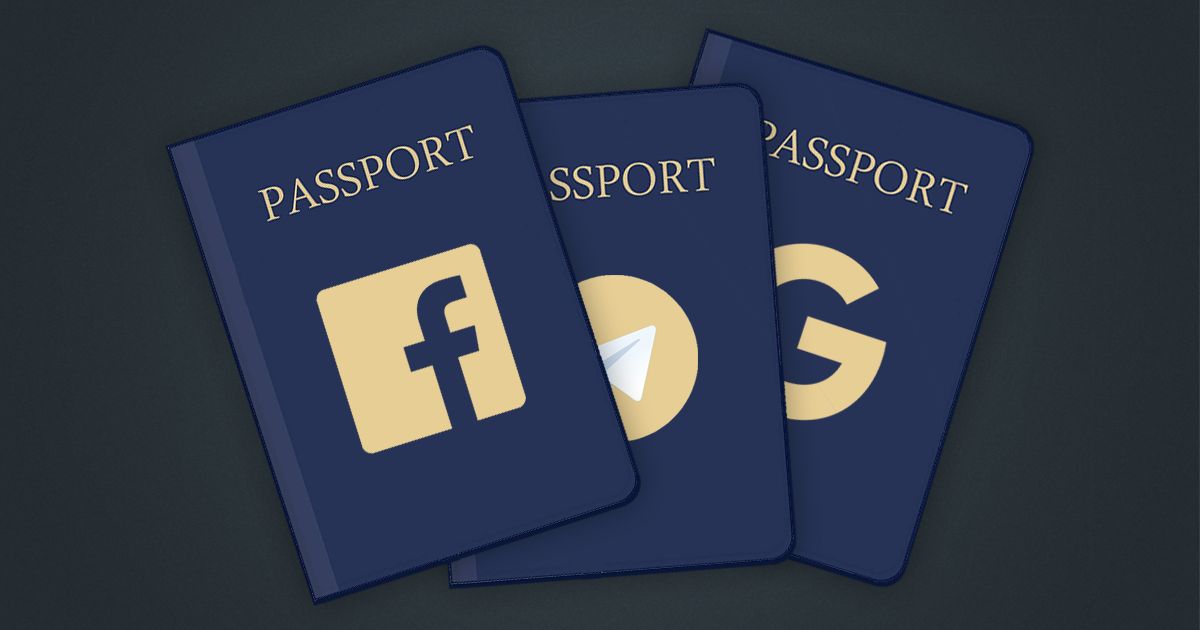 “Woah, so we get to elect the CEO? I’m voting for Helen Misher — she’s promised to ban pop-up videos with autoplay as a crime against humanity”

How many GRAMs are there in a TON?

The team behind Telegram probably mused over the same ideas we discussed above, wondering how to best realize the “virtual state” concept. The result — Telegram Open Network, an ecosystem of intertwined applications and services designed to gather all users within one large platform. TON is a complex system with its own encryption algorithms, payment services, proxy servers, bots, file storage, and more — crypto enthusiasts may debate whether this platform can exist in real life scenarios; as for this article, we can examine the implications that the TON project can have for our society.

Development of virtual states: although nobody is using this term yet, large tech companies have so much capital and so many users that it translates to a new level of power — one that can potentially allow for true sovereignty and independence from any state where their servers are located.

Fight for privacy rages on the emergence of radical anonymity is a natural response to the increasing grip of tech companies on the users’ private information. To remedy this, both sides need to strike a balance, drawing the line between “saleable” data and “please don’t touch this” data — this is where legislation can help, akin to GDPR, but on a global scale.

There is no telling what the future holds for our society and which new technologies will arise. “Obvious is only obvious in retrospect” — but with just enough attention and vigilance, we can try and notice the winds of change that are blowing today.