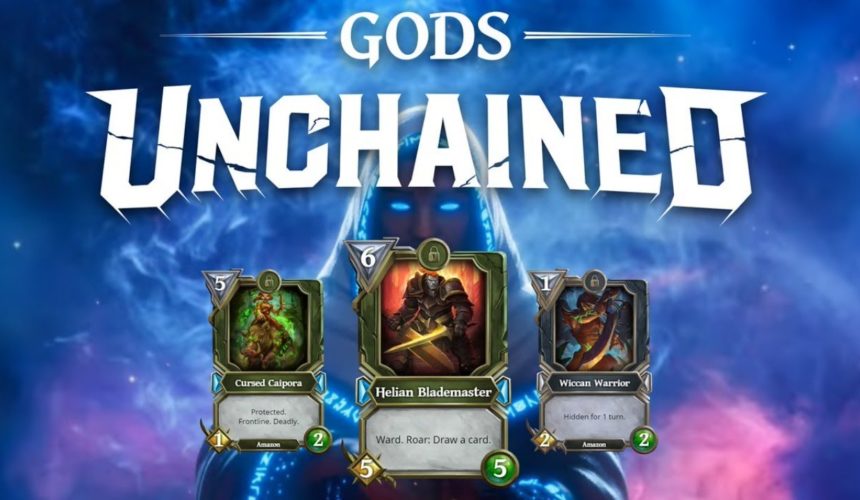 Gods Unchained is a digital collectible card game launched in 2018. The playing style is very similar to Hearthstone, but the game feels a bit easier to play than the Blizzard one. Once you create an account and start playing – you get free packs with cards with a value from a few cents to a couple tens of dollars. As a bonus, you’ll also get some points that you can use to buy various powerful cards from the game shop.

From playing the game for close to one week, we’ve made around $100 in profit. Right now, there’s also an on-going airdrop for players that will likely last until January 2022.The Gods Unchained game has a native token called $GODS – you can read more about it here. 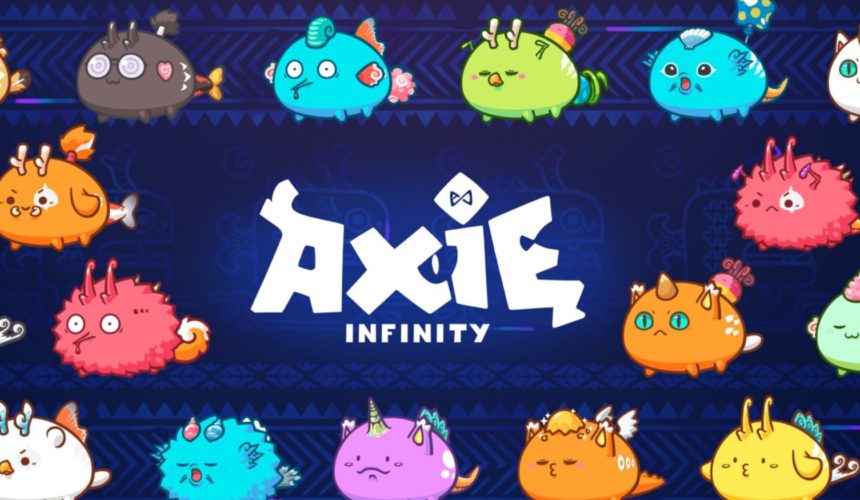 Axie Infinity is one of the most popular NFT-based games in the blockchain industry. It has been inspired by other card games such as Pokemon and it is now one of the most promising play-to-earn (P2E) platforms in the market.

The game is divided into Adventure, Arena Battle and Breeding, making it possible for players to decide and build their own adventures. On the Adventure game mode, you will be able to Battle Chimera and earn rare treasures that would let you upgrade your Axies.

Through the Arena Battle option, you would be able to become a legend using the PvP arena battles. You can also join different tournaments and earn real money. Users are able to earn an ERC-20 token called Smooth Love Potion (SLP) when they play the Adventure mode.

This is one of the main selling points of Axie Infinity, the possibility to earn tokens that could later be sold to the market for other digital assets and even stablecoins. The game became very popular in some countries where the rewards received by users were higher than a medium salary. This is the reason why it became very popular in some parts of Asia and Latin America.

If you didn’t know, Axies are the characters in the game that you can play with and evolve over the course of the game. Thanks to different traits and game options, you would have the possibility to grow them and use them to play Tournaments or Adventures. Splinterlands is another blockchain-based game that lets users collect different cards and earn rewards every single time that they beat an enemy (another player). This game claims to be the next generation of collectable card games where users can play, trade and earn while they enjoy a unique blockchain experience.

Thanks to a unique set of cards and combinations available, users can try different combat rules and adapt to different situations depending on their needs and the strategies that they want to deploy.

The game includes four rarity types: common, rare, epic and legendary. Each of these rarity types has different circulation caps and would create a unique gaming experience. Moreover, there are seven stats such as mana cost, forms of attack, speed, armor and health.

Furthermore, there are seven types of factions (which are known as Splinters). These factions include fire, earth, water, life, death, dragon and neutral. Additionally, characters would have more than 46 different abilities that would let players take battles to the next level.

Finally, there are more than 283 different cards. The game is pushing users to collect them all, making it easier for players to try new game combinations and strategies.

You should into consideration that users can combine their cards to gain new levels, they can convert them into virtual currencies or trade them in the market. At the moment, there are different platforms supporting Splinterlands’ cards. If you want to try a play-to-earn platform, Splinterlands would let users earn rewards from tournaments and quests. 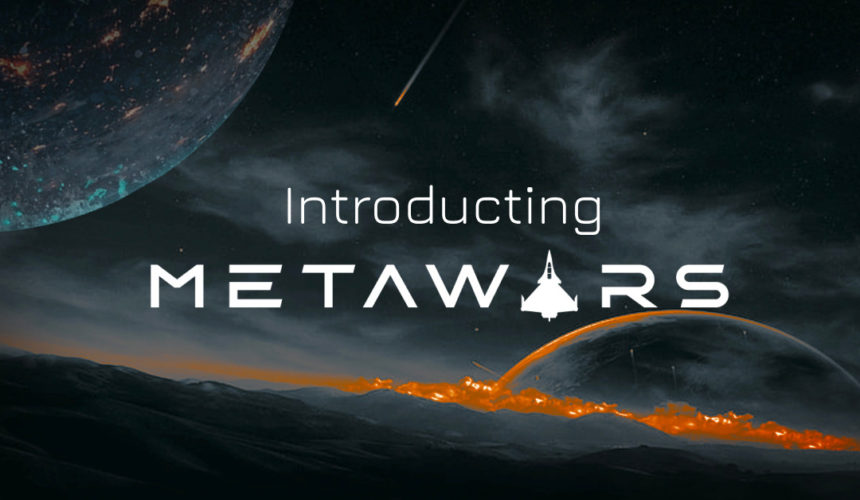 Metawars is a unique multiplayer strategy and roleplaying game in which users would experience different adventures in a vast universe with a fast-growing digital economy. Based on blockchain technology (on the Binance Smart Chain), Metawars lets users hold and use different NFTs to discover new adventures in the Galaxy.

The project has already been listed on several exchanges and it has been in contact with different blockchain and crypto-related firms such as Icetea Labs, Babylons, Raptor Capital and Everse Capital, among others.

The $WARS token would be used by players to claim rewards and staking their coins. Moreover, they would also have the possibility to participate in community and governance events and enjoy one of the most advanced Play-to-Earn ecosystems in the cryptocurrency market.

Players would have to handle a wide range of NFTs that include ships, characters and places. These NFTs would be located in all the Galaxy and users should prove they have the necessary skills to survive in this Metaverse. You would also be able to earn crypto by playing battles and defeating enemies.

MetaWars would give many opportunities to players to earn cryptocurrencies while they play. Finally, there will be many different adventures that players could start engaging in, including investing, combating, exploring and building, among other things. Although the game might require you to invest a small amount of money, this is one of the most promising crypto play-to-earn games in the market. 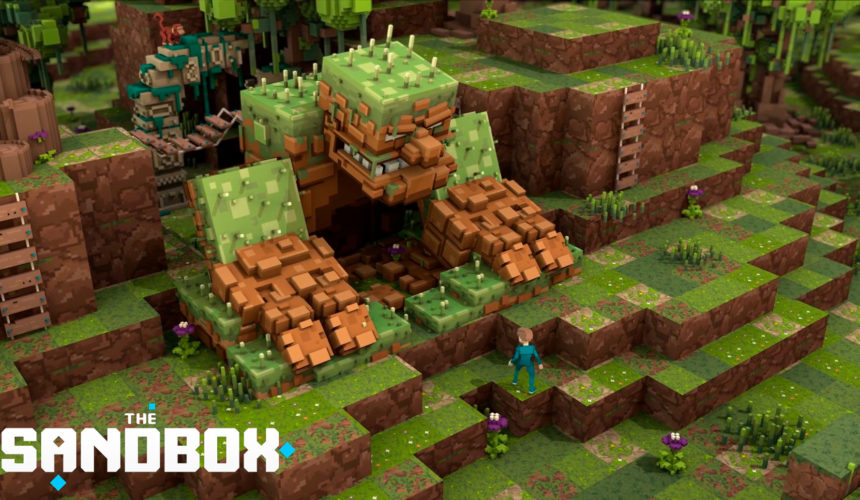 The Sandbox is a virtual world in which users are able to buy and sell virtual land, engage in different community activities, monetize assets and enjoy a wide range of gaming experiences online.

Users can buy $SAND tokens and stake them to earn rewards in $SAND. This utility token running on top of the Ethereum platform is the token that powers the entire Sandbox ecosystem and regulates the interactions between players.

The Metaverse created by The Sandbox would be key to empowering artists and content creators. Moreover, players would find a unique and pleasant experience when they discover new worlds and lands.

Although the game is free to play, it might require you to purchase SAND and engage in different economic activities. If you want to own land or NFTs, you might have to pay for them. You would be able to have a full experience only if you purchase LAND and if you start playing with other people. 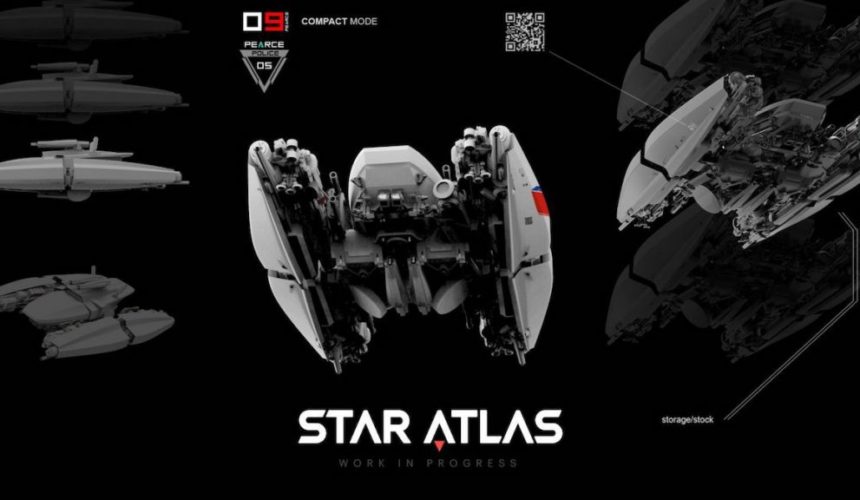 Star Atlas is among the most promising blockchain-based strategy games in the cryptocurrency market. This project has a wide range of features and it is expected to become a key player in the Play-to-Earn market.

One of the main features of this project is related to the fact that it has been released on top of the Solana network, one of the main competitors of Ethereum. This decision has been made to offer cheap and fast transaction times for all the interactions that take place on the Star Atlas Metaverse.

Star Atlas is powered by different NFTs. You can get them by using the decentralized marketplace offered by this project. In order to start playing this game, you would need some Solana (SOL) tokens in your wallet. However, you would have to use USDC on Star Atlas’ marketplace.

Some NFTs that you buy on the Start Atlas marketplace, you might get some in-game rewards. The game has been created in a futuristic metaverse that starts in the year 2,620. The game has its own marketplace and economy as many other Play-to-Earn games that have been released over the past months.

Thanks to its unique approach, Star Atlas users would be able to enjoy a variety of activities such as constructing cities or planning strategies to become the strongest player in the galaxy. Finally, Star Atlas has also created a unique economy in which some NFTs get destroyed after being used, reducing the total supply of some of the non-fungible tokens.