The Hong Kong demonstrations relocated from the city to the Internet. It is known that the leaders of protest exchanged the information and coordinated with Telegram. This chat room was considered the most reliable communication service, but it has been mistrusted recently.

The issue is that law agencies of China identified insurgents who delivered the data on Telegram. Unfortunately, the intrusion has driven to mass arrests. It turned out that TG doesn’t encrypt group discussions, it tracks metafiles (IP, geo, etc.), and it is attached to a phone number.

While Telegram is blamed for the global security breach, activists are still looking for a protected communication tool. Great masses downloaded Bridgefy and FireChat because they run without an Internet connection, BlueTooth only. Nevertheless, those protestors who use them, suffer weak bandwidth, and connection issues. Other groups switched to encrypted ecosystem Utopia. Can it become a new age Hong Kong protest messaging app? Let’s clarify right now! 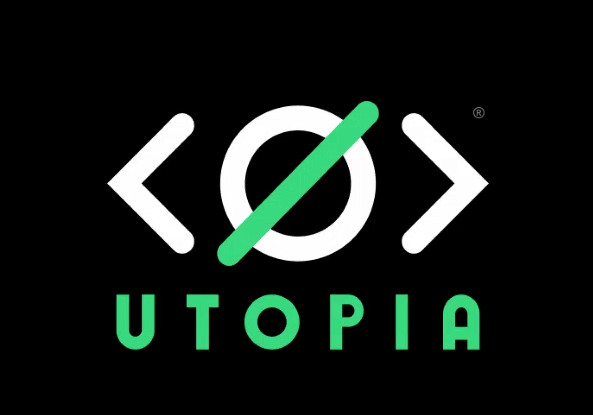 uMessenger is just a piece of the Utopia p2p network, which also includes uWallet, uMail, Idyll browser, and Mining bot. All in-builts employ the most sophisticated encryption: Elliptic Curve25519 and the 256-bit AES protect operations and domestic storage. This technology makes uMessenger an excellent tool for the activists’ aims; the chat performs exceptional privacy and functionality. It is unlikely that federal institutions can reach the sensitive information. Let’s define the details:

• Decentralization protects rebels against law intruders and hackers. The elimination of a central server guarantees that only rebels can decrypt the content. Utopia doesn’t amass and keep digital footprints. So that governmental chase and arrests are dubious.

• There are no betrayal chances, owing to anonymity. The app doesn’t ask to reveal names or connect a phone number or email when signing up. Considering the fact activists don’t recognize one another in a chat room, they won’t betray.

• Plenteous tools ensure outstanding planning. Thanks to the in-built uTags, conversations are connected with a particular area. Members can discuss the current situation by analyzing the actual position of the groups.

• Activists share fair news via channels and sites. They distribute the unbiased data and new in read-only encrypted channels. Besides, protestors can create a protected website hosted indoors to spread their strategies and viewpoint without security breaches. Only those who sign up can view sites.

Even though you are not from China and not going to protest, Utopia is a find for privacy-conscious individuals. Let’s overview the integrated tools in particular.

A quick review of Utopia kit– make use right away! 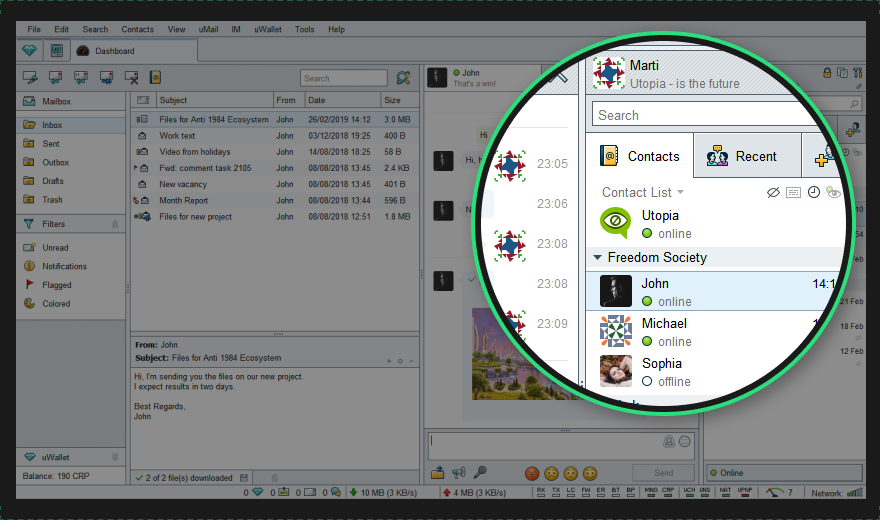 The local mailing service performs like an ordinary mailbox. The single difference is that users can send letters only to Utopia members.

Create a template to rush up a routine mailing. Regardless of you are a rebel or a businessman, plan a pattern for daily emails and use as needed.

The native wallet is vital for crypto transactions and payments. Users can assign a customized crypto card in a few simple steps. Coins transfer in a flash and a personal Key is never revealed.

Make use of the merchant interface and trade in crypto!

Activate the Bot every time you are online to get Cryptons (local coins) every 15 minutes. Utopia set up no limits for rewards – use the Bot from several devices simultaneously!

Utopia is a reliable alternative for becoming the next Hong Kong protestors messaging app rather than Telegram. The encrypted P2P ecosystem ejects the security breaches and soon will be ready for mobile. Test nameless and secure data transfer at a high level right now!

How will Terra disrupt the Payments & Blockchain Industry