Cryptocurrencies have now been around for more than a decade and are continuing to mature. After enjoying many years in obscurity, they saw a boom in interest and large rise in value in late 2017 and early 2018.

More Than Just a Store of Value

This rapid rise in value and interest led to many discussing the possible uses for Bitcoin behind just being a store of value. In tandem, many were discussing how the underlying blockchain technology that made Bitcoin possible could be used for other purposes.

There was discussion of how blockchain would “disrupt” many different industries. It wasn’t just finance. There was talk of real estate, transport, voting, communication, and identity verification could all be completely radicalized by this new technology.

Up until now though, there have been few real world implementations of blockchain technologies. This is partly because the technology still needs time to mature and catch up to the promises made during the boom, and partly because there isn’t always a need for the “disruption”, even when it’s technically possible.

That doesn’t mean there aren’t any uses though. In fact, some household brands like HSBC, Santander and Deutsche Bank have been involved in a project called we.trade which works with large international businesses to facilitate payments, identify individuals/corporations, and validate and enforce contracts using a blockchain technology called Hyperledger Fabric.

Some retail brands have also begun accepting Bitcoin and several other cryptocurrencies for their products and services. This includes Starbucks and Whole Foods, who use a system called Flexa. 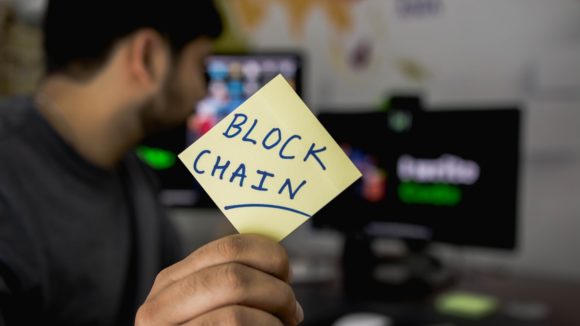 iGaming is the name given to the industry that operates online casino, bingo, poker, and sports betting websites. Globally, this industry is expected to be worth more than $80 billion in just a few years and is dominated by several major publicly traded companies.

Secondly, it sees large quantities of money changing hands 24/7 and relies on trust between the customer and the operator. The industry is also quick to adopt many technologies, like smartphones, virtual reality and streaming.

Yet so far iGaming operators have mostly stayed away from doing much with blockchain technology.

There are a small number of iGaming operators that accept Bitcoin and some other cryptocurrencies for deposits from customers. However, they tend to be smaller sites. Some larger companies accept cryptocurrencies indirectly, since Skrill (which is widely accepted by iGaming brands) supports transactions with 100 different digital tokens including Bitcoin, Bitcoin Cash, Ether, Litecoin, XLM and XRP.

Customers can also use services like the Coinbase Card, which allows cryptocurrencies to be spent via a Visa card. In this case, the online casino would receive the payment in a fiat currency like Dollars or Euros, as Coinbase converts the transaction before the money is sent.

At present, the issues within the iGaming industry around complying with the “Know Your Customer” requirements, and the high levels of volatility in market values of cryptocurrency, make it an unattractive option for payments.

Smart contracts are the tool that many cite when claiming blockchain technology will disrupt “X” industry. This is because they can, in theory at least, be applied to many real world situations.

A smart contract is a mechanism for implementing an agreement between two or more parties, just like a paper contract. The smart contract can also be used to monitor compliance with the contract, and enforce the terms. For example, making an automatic payment when a certain condition is met.

iGaming could make use of smart contracts for games and sports bets, since conditions could be set to allow for an automatic payout if an agreed outcome, such as winning a bet, occurs. However, there is little need for smart contracts, since existing systems can already facilitate this.

Verification that the casinos are complying is achieved through external auditing and strict licensing terms.

Since there isn’t much benefit from blockchain, either from accepting cryptocurrencies or implementing smart contacts, it is unlikely that we will see a widespread adoption of blockchain technologies in the iGaming sector any time soon.

Great Ways to Spend Your Cryptocurrency

5 Best Cryptocurrencies Which Can Raise Your Income